For the past year, CW and I have been planning our first trip to Beaver Island Michigan with Guide, Kevin Morlock from Indigo Guide Services (insert shameless plug here).  We left Pittsburgh and traveled west to our first stop which was the Huron River in Ypsilanti for a quick stop in to see the good folks at Schultz Outfitters.  The berry hatch was starting, but the river was pretty well blown to hell so we decided after a few hours to make a push up to Traverse City.

We had planned to fish Grand Traverse Bay on our own for a few days prior to catching the Ferry to Beaver Island.  The scenery and the water was nothing short of spectacular, but the fishing was pretty much a bust.  Apparently a large contingency of bow hunters have really put a damper on the carp fishery there.  (people suck if you haven’t figured that out yet) In addition, The Blue Angels were screaming over the bay prepping for The Cherry Festival which basically put down every carp in the county.  Big shout out to the guys at The Northern Angler who gave us some great intel about the bay and put us on some very cool spots to chase fish.

After catching the early ferry over to Beaver Island, we were starting to feel the pressure since we had been riding a 3 plus day carp skunk….. Fear not…..

Despite getting some good light, a bunch of uncooperative fish and some blown shots later, we were still “carpless”.  We decided to see if we could find some players in a back bay and with some stealthy stalking in place and a well timed eat, all hell broke loose.

After shaking the rust of day 1 off, day two was much more productive.  Put it on the dinner plate, solid eat, crazy run around a tree stump, and the boat shot was complete.

CW managed one as well minus the crazy tree stump dance! 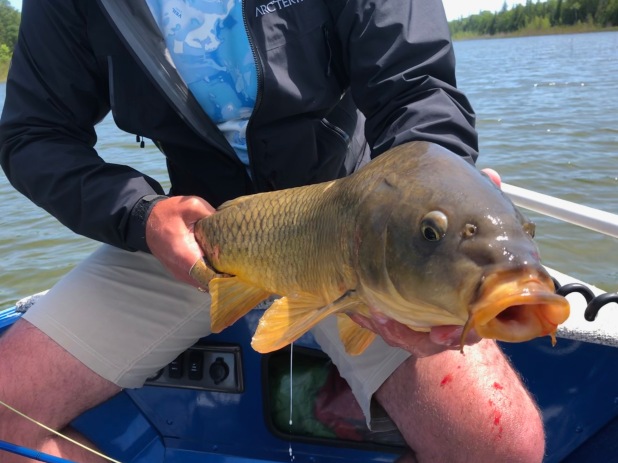 After a farewell to Beaver Island and Kevin, we hauled ass back to Ypsilanti in hopes of getting some better berry action and that we did!  The takes were insane and there is nothing more crazy than doing battle with a big fish in a swift river full of logs and obstructions! 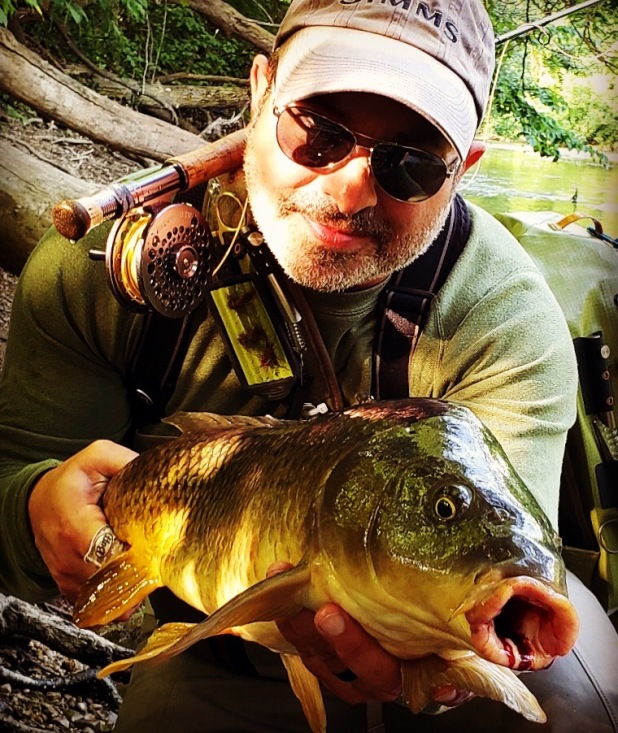 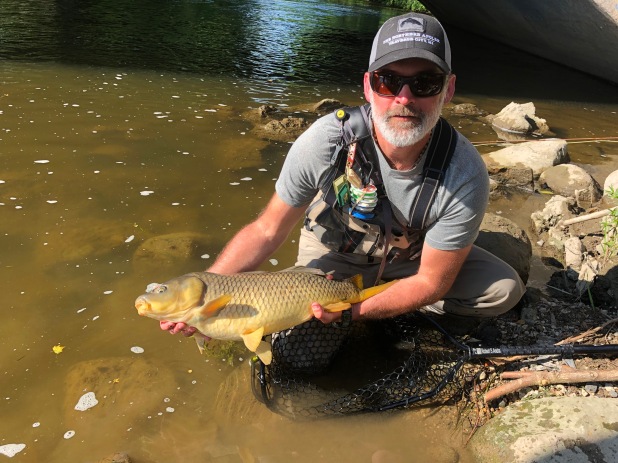 If you’ve been at the carp game for any amount of time, you know that some days they make you look like a hero and others they make you look like a chump.  We had our equal share of both but there is nothing finer than spending a week on the road with a good friend chasing fish on a fly, eating good food, learning from an outstanding guide….  And yeah…. CARP SLAM! If we are being technical, the slam wasn’t completed in a single day so maybe it’s not a legit carp slam after all? ;). Something to chase for next time!